World Vegan Day: How To Avoid The Common Pitfalls of Making The Switch To Being Vegan 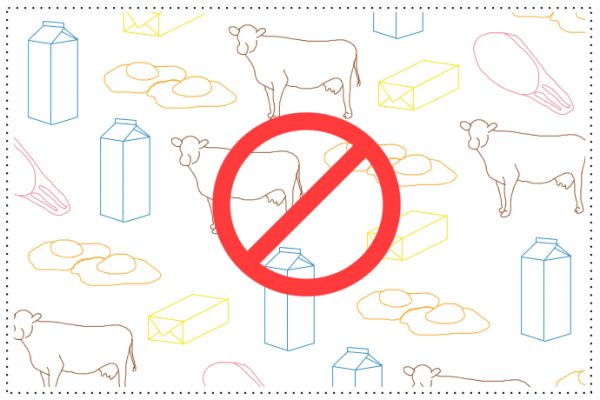 As plant-based diets have gained popularity, many people find themselves taking the next step and becoming Vegan. Ahead of World Vegan Day on November 1st, we spoke to our Naturopath and Ethnobotanist Jennifer Derham to discuss the benefits and how to avoid the common pit-falls of making the switch.

Whilst all vegans adopt the same basic plant-based eating principles, if not born into an environment where this lifestyle is embodied, the reasons one makes the switch in later life often comes down to a variety of dietary, ethical and environmental based motives that we have deciphered below;

Whether you decide to make the switch for animal welfare, environmental conservation or simply due to the nutritional benefits reducing meat intake and upping fruit and veg has  on your health, it’s good to know there have been a range of studies conducted that favour this eating ethos for its positive effect on both our bodies and the planet.

However the easy road of switching out meat for ‘meat substitutes’ poses a whole new discussion on the production of soy and corn, often the main constituent of these products. According to Jennifer, soy contains large amounts of phytic acid – a substance that reduces our assimilation of minerals incuding calcium, magneium, copper, iron and zinc: “Containing the highest amount of phytic acid of any grain or legume, phytic acid in soy is not neutralised through soaking, sprouting or even long slow cooking. In addition, soy increases the bodys need for vitamin B12 and vitamin D, contains trypsin inhibitors that interfere with protein digestion, phytoestrogens that can affect and interupt thyroid and endocrine function and causes the release of monosodium glutamate (MSG), a potent neurotoxin formed during soy food processing.” Contrary to popular belief soy, particularly tofu, soya milk, soy protein isolate and vegetable textured protein is one of the newest additions to the human diet. Soy was traditionally considered unfit for human consumption until the advent of chemical processing methods and was used to feed livestock. Interestingly, soy has never been given the ‘Generally Recognised As Safe Status’ (GRAS) by the FDA in the US.

So how can we ensure we’re receiving all the nutrients when consuming a purely vegan diet? Below Jennifer has decoded the foods and supplements to include into your day:

While some of us may not choose to be completely vegan (in which case we advocate the ethos that cites organic, free range and grass fed ‘meat as a treat’ – try your local farmers market), the arguments for reducing your meat intake and upping your plant food are strong. According to Jennifer, for those following a strict vegan protocol, it is important to ensure adequate protein and beneficial fat requirements are being met and to be wary of becoming largely carbohydrate based which is easily done: “Studies have shown that diets consisting of carbohydrates lead to rapid degeneration and accelerated aging. Food sensitivities and deficiencies and blood sugar dysregulation and imbalance are most prevalent in people with a carbohydrate based diet.”

So whether you choose to make the switch to 100% vegan or predominantly plant-based, the key point here is increasing vegetables, buying wisely and incorporating the necessary nutrients and supplements into your every day to ensure your nutritional needs are being met. If you’ve recently made the switch and would like to find out if your current diet is supplying you with all you need to function optimally, give us a call and book yourself in for a Food Diary Analysis with one of our Nutritional therapists.

For those tempted to lower their consumption, these statistics make for interesting reading. Last month, cattle slaughtering in the UK alone produced 68 thousand tonnes of beef and veal, 1.8% higher than the previous year; mutton and lamb production equated to 25 thousand tonnes, 1.3% more than the previous year; whilst pig meat production came to a whopping 70 thousand tonnes, 5.7% higher than the previous year***. This clearly demonstrates that demand for meat is on the rise which not only impacts the number of animals reared for human consumption, but includes an increase in the disposal of those animals not of feasible use to industrial agriculture such as male calves and chicks. In addition, due to the elevated demand for grain that feeds factory farmed animals (on average 40-70% of global grain production is used in livestock feed****), the destruction of woodlands and forests to make room for such cultivation is destroying the habitats of innumerable animals and organisms, with habitat destruction presently ranked as the most significant cause of species extinction.*****

GET THE GUIDE: How To Be Eyebright

We may brush our teeth and apply moisturiser religiously on a daily basis, but according to statistics, most of us tend to overlook eye-health….