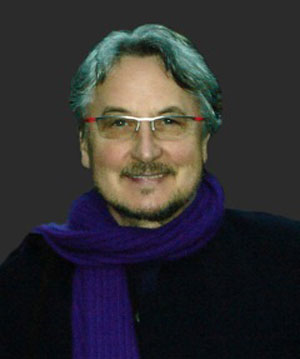 To celebrate our fifth birthday we asked some of our favourite people their secret to being content….

‘My secret to contentment is to make no appointment. Living in the thought where everything is interconnected, and nothing is separated. Living In the space of non judgment, and enjoying the half full cup of the nectar of pleasure. That’s where you and I are whole.’ Horst Rechelbacher from Intelligent Nutrients

ABOUT: A man of his time and ahead of it, Horst began his search into the world of greater wisdom and plant study in the mid-60s, adding aromatherapist, perfumer and Ayurvedic practitioner as the recipient of a honoris causa doctorate in Ayurveda from Gurukul Mahavidyalaya Twalapur, Haridwar University, India. In his continuing study of plant-based medicine, he collaborates with noted physicians, chemists and pharmacologists, as well as with experts and traditional healers throughout the world. Horst is on the Board of Directors at the Henry Ford West Bloomfield Hospital in Detroit, Michigan, and supports the Mayo Clinic’s Complementary and Integrative Medicine Program in Rochester, Minnesota.

Horst has authored four books, Minding Your Business, Rejuvenation, Aveda Rituals and Alivelihood. He was an executive producer on Hidden Medicine, an independent film that premiered at the 1999 Sundance Film Festival. A sought-after speaker and collaborator, he counts TEDIndia among his innumerable speaking engagements. He currently resides in Wisconsin and New York City. His organic farm in Wisconsin is solar, wind and geothermal powered, and he grows plant ingredients for Intelligent Nutrients products. His latest interest is in plant and human stem cell for anti-aging technology.

GET THE LOOK: Kjaer Weis – The Exuberance of Spring

Although we’ve been told that strong eyes and lips together are a beauty faux-pas, we beg to differ: when done right, this look is…