Why We Love Turmeric for Natural Beauty and Wellbeing 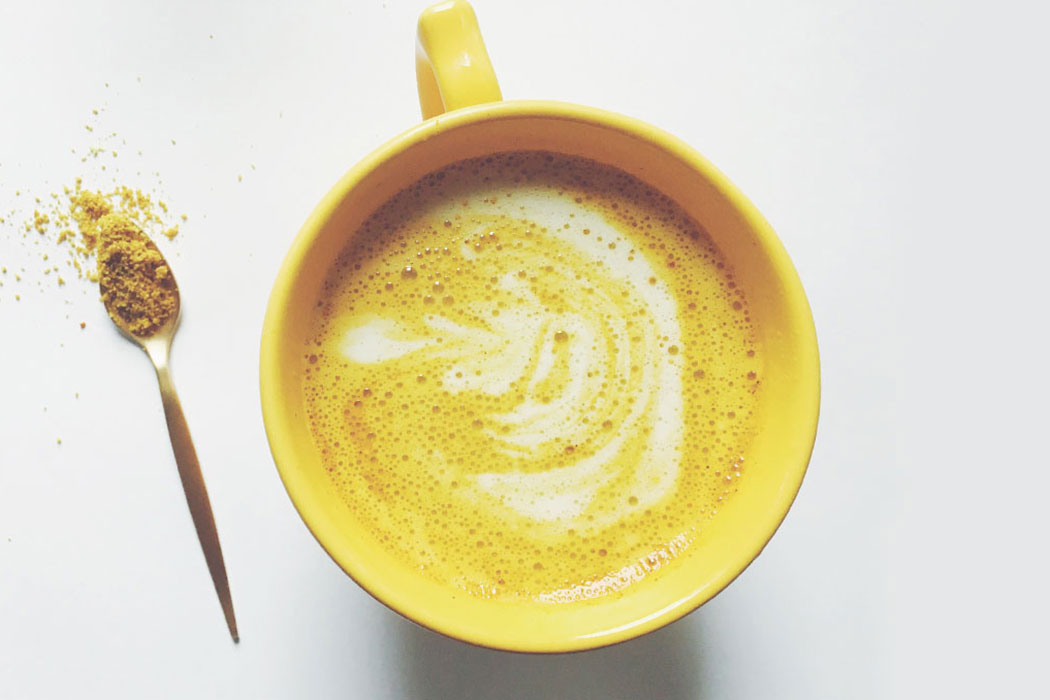 Turmeric has long been recognised as a ‘superfood’ in the East and used as a natural medicinal tonic for centuries thanks to its powerful therapeutic properties. It’s had a bit of a renaissance of late in the West too – no doubt, you’ll have seen this golden yellow spice included in your favourite healthy foodies’ recipes for food and drinks.

Health benefits aside, turmeric also adds a delicious touch of flavour to your meals and is great for skin too. It’s an all-round spice superhero! We’ve rounded up the key benefits of turmeric for natural beauty and wellbeing below.

Turmeric is a member of the ginger family and traditionally called Indian saffron due to its similar yellow-orange colour. It comes from the root of the Curcuma longa plant, which has tough brown skin and deep orange flesh. In flavour, it’s peppery, warm and bitter with a mild fragrance reminiscent of orange and ginger. Turmeric originally hails from India and Indonesia, where it has been used for over 5,000 years as a condiment, healing remedy and textile dye and is also popular in Chinese medicine. It was introduced into Europe in the 13th century through Arab traders.

Why is turmeric good for us?

Turmeric contains curcumin, a yellow/orange pigment that is thought to be the primary pharmacological agent in turmeric. Studies1 have shown that curcumin’s anti-inflammatory effects are comparable to the potent drugs hydrocortisone and phenylbutazone, as well as over-the-counter anti-inflammatory agents such as Iboprufen.

As an Indian spice, turmeric has been used for millennia in India. So we asked wellbeing and Ayurveda expert Eminé Ali Rushton of The Body Balance Diet Plan what makes turmeric so special.:

“Turmeric is one of those spices that it’s impossible to be hyperbolic about – it just is naturally rather miraculous:

Thanks to its skin-improving properties, turmeric is just as likely to be featured in a tonic from your local juice shop as it is in your natural skincare! In one study, radiation-damaged skin was exposed to extracts of turmeric for six weeks. Scientists reported improvements in skin hydration and sebum content, along with possibilities that similar creams could be used in future photo-protective formulations3. So, look out for this superhero skin food in our #ContentApproved favourites:

Dr Alkaitis Nourishing Treatment Oil: A multi-tasking hero which can be used on body, hair and face, this fast-absorbing blend of cold-pressed oils is great for calming acne conditions.

Problem Solver Mask from May Lindstrom: This is one of our ultimate skin saviours! Its key ingredient is turmeric extract, which has been formulated to balance combination skin and reduce blemishes thanks to its anti-inflammatory action.

Rms Beauty Oil: This lightweight multi-purpose oil is fantastic for healing, nourishing and protecting skin. The turmeric in it helps to reduce skin pigmentation and reduce the appearance of acne scars. Rose Marie Swift, founder of Rms Beauty, tells all here.

Since 2009, The White Briefs organic cotton basics have been sustainably producing high quality garments that are built to stand the test of time….