The Art of… Sauna Therapy 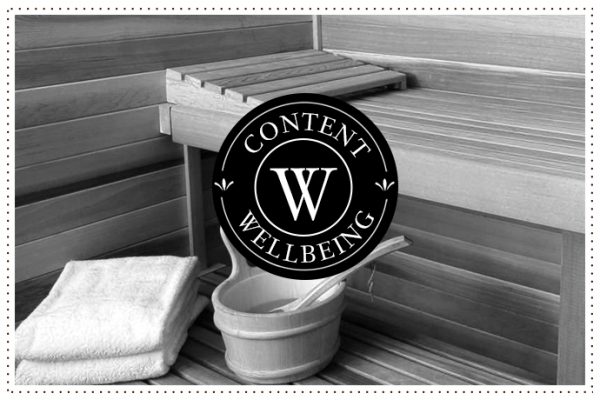 Similar to steam therapy, the sauna has been an aspect of numerous ancient traditions – most notably within the ancient tribes of pre-Hispanic America and early Northern Europeans. Embraced as both a cultural and sacred place for healing, socialising and even giving birth, read on for a brief history of use, modern day varieties we rate and the health benefits we love…

The Temazcal: Thought to originate in ‘Mesoamerica’ (the region and cultural areas connecting South and North America before Spanish colonization in the 15th and 16th centuries), the Temazcal or in the Nahuati language “house of heat” were used as part of a common traditional curative ceremony within pre-Hispanic indigenous cultures, such as after battle. Additionally, Temazcals were used similar to sweat lodges; for healing the sick and enhancing health as well as a place for women to give birth. Possessing spiritual connotations similar to those of the Sweat Lodge, the Temazcal was believed to be a microcosm of the earth, representing the elements and a woman’s womb.

Unlike the sweat lodges used by American Indians that were often portable in nature and constructed of wood and earth, the Temazcal was constructed of volcanic rock and cement and was more of a permanent structure, heated using volcanic stone. Still to this day, Temazcal’s are used within Mexico and Central America by traditional midwives and alternative healers to aid with childbirth and treat illness. Traditional healers use the Temazcal as a mode of implementing herbal remedies through steam therapy. In this case, medicinal plants are put on the heart source and inhaled.

The Finnish Sauna: In Europe, the Nordic countries’ sauna tradition has been a significant aspect of traditional culture since before their settlement. The oldest known saunas were called Savusaunas and were common around Finland in the 16th century. Made from pits dug into the ground and fitted with fireplaces to produce heat, stones were heated to high temperatures much like the saunas of today. Used initially for hygiene purposes, Savusanas later became a traditional Nordic custom and remain a commonplace feature of the typical Finnish household to this day, where they are treated as a social activity.

Whilst the basic features of the sauna remain the same today, there are a number of variations that have emerged. Below are two varieties we suggest you try out this Winter…

Due to the infrared heat capacity, it is thought that a more specialised detoxification process is able to occur that targets heavy metals, plastics and other toxic materials located within the subcutaneous fat just beneath the skin. In addition to allowing for excretion of these materials, infra-red saunas also allow for an increased period of relaxation, as sessions can last up to forty five minutes which is nearly twice as long as the recommended amount of time suggested for typical sauna use.

Wood-Heated Saunas: A paradigm of the traditional Finnish sauna – this variety is still most common in Europe. Enabling an entire sensory experience such as the smell of wood burning and the crackling of burning embers, these lovely old fashioned saunas provide a meditative experience, whilst aiding the body to detoxify and repair.

Best for oily skin: Similar to steam therapy, the hot temperature of the sauna works to eliminate unwanted toxins from within the skin, encouraging a refreshed complexion. However, if you have greasy skin you might find that a dry sauna has a more desired effect on skin than that of a steam room, as although steam rooms encourage the opening of pores, some may find they get blocked by moisture after a while, due to the heat being wet.

Special Mention: Whilst it is not normally recommended for individuals with high blood pressure, high cholesterol or diabetes to spend time in saunas or steam rooms – for those who suffer from these conditions, infrared sauna therapy is a safe and effective option.

THE ART OF STEAM THERAPY