The Ancient Art Of Gift Giving 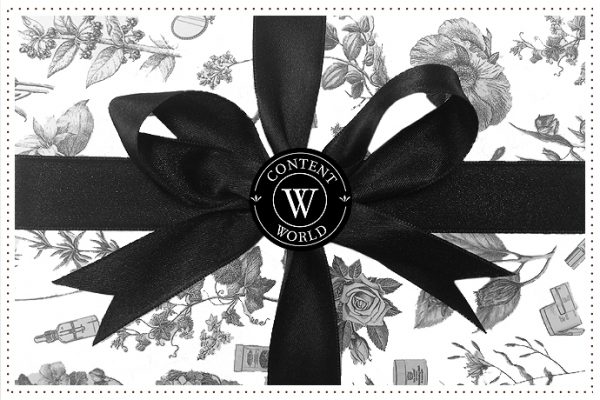 With origins dating back to antiquity, whilst we may not recognise it as we do today, gift giving is an ancient tradition that many indigenous cultures have celebrated since the dawn of time. Fast forward to today and mounting research has been found by psychologists, anthropologists and sociologists alike on the positive psychological benefits that this age-old tradition elicits. Read on for a brief history and background on the ancient art of gifting…

Practised for thousands of years within indigenous cultures who engaged in a ceremony known as the potlatch, though cultural interpretations vary, this ancient tradition celebrated giving in a more extreme sense. This ritual classified the social status of a family in a clan or village based on not who had the most possessions, but by who gave away the most in the potlatch; the more one gave away, the more prestige that family gained.

Additionally, reference to gift-giving can be traced all the way back to Homers Odyssey where the role of gifts was imagined as an antidote to violence, a concept that was more extensively explored by noted historian Natalie Z. Davis in her book on The Gift written in France in the 1500’s which explored the expression of love, friendship, neighbourliness and power that gift giving provoked in 16th century Europe.

The emotional connotations associated with gift giving have over the years been increasingly researched for their benefits on psychological wellbeing, with findings exhibiting that this age-old tradition is in fact an imperative part of human interaction that helps strengthen and define our relationships. Interestingly, psychologists have found that instead of the receiver, it is the giver who garners the most prevalent psychological rewards.

Dating back to 2nd Century BC when wrapping paper was first documented in China, in the Southern Song dynasty, monetary gifts were wrapped with paper, forming an envelope known as a chih pao. The wrapped gifts were distributed by the Chinese court to government officials. In the Chinese text Thien Kung Khai Wu, Sung Ying-Hsing states that the coarsest wrapping paper was manufactured with rice straws and bamboo fiber, with red wrapping paper denoting luck.*

In Japanese culture, wrapping paper and boxes are common. However, the traditional cloth wrapping called furoshiki is increasing in popularity, particularly as an ecologically friendly alternative to wrapping paper. Combining this sustainable ethos alongside a modern interpretation of the traditional philosophy of the Japanese ‘art of packaging’, the gift wrapping concept of one of our newer brands COLORS JAPONICA developed by AOIRO AIRDESIGN sources traditional materials from various regions of Japan and works closely with the artisans who handcraft the packaging. Paying homage to the traditional techniques and methods that have been utilised for centuries,the COLORS JAPONICA packaging designs reflect the Japanese art of gift wrapping and shine a light onto their distinctive culture of gift giving, carrying this Ancient tradition into the present day.

Often considered an art form in its own right, choosing a gift for a loved one or colleague can cause a range of emotions from joy to anxiety. Demystifying the art of good gifting and to help us in the lead up to Christmas, we’ve been turning to the newly launched Mapology’s Be Present Perfect Guide. Based on the occasion you’re gifting for and to whom, this handy guide enables you to narrow down your search to the specifics before directing you to a suitable ‘country’ within the  ‘World Of Gift Giving’ where you will find all the gift giving inspiration you could ever hope for. Geared to everyone from your ‘neighbour from hell’ to your ‘spiritual advisor’, this guide has all your bases covered and makes a great gifting cheat sheet (or ironically a great gift in itself).

FIND OUT MORE ABOUT COLORS OF JAPONICA

Get The Guide: Soil Association Certified #OrganicBeauty Brands We Love

Whilst many of our products are certified by organic bodies, as #OrganicSeptember celebrates those brands with certification from the Soil Association so this month…