LOVE: A History of the Art of Dating From ‘Capture’ To Captcha’ 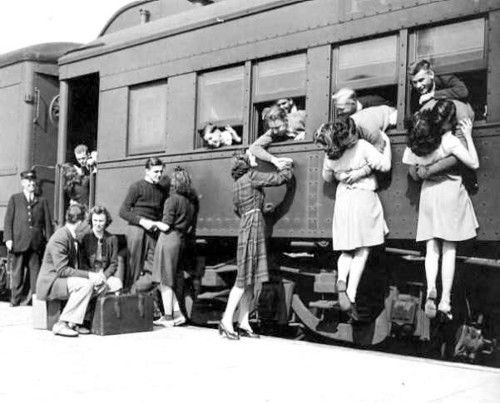 From the day us humans set foot on this earth, romance has been a mythical thing: an endless source of inspiration, ecstasy and happiness and of misery, exasperation and confusion in equal measure. Love, in its various forms, has sparked wars (Helen of Troy and Anne Boleyn), made us take a stance against them (hey Gandhi!) and gave us some of the world’s most beautiful art. Whether via Shakespeare, Disney or EL James, love stories have kept us entertained through the ages and shaped our cultural and social notion of dating: from ‘happily ever after’ to ‘ttyl’. So let us take a (brief) look at how it all changed.

Dating and Marriage in Ancient Times

In ancient times, most marriage was by capture: as nubile women became scarce, men from ancient tribes would ‘rob’ women from other villages. Some time later, the eloquent Greeks coined six different words to describe love: Eros (sexual passion), Philia (deep friendship), Ludus (playful love), Agape (love for everyone), Pragma (longstanding love) and Philautia (love of the self). Out of them all, Eros was actually seen as something dangerous and irrational to steer clear of. Marriage was seen as a civil duty rather than cementing a romance and usually arranged by the families. Instead, the epic and all consuming view of romance featured prominently in Greek literature, from Sappho’s poems to Ulysses’ Iliad.

From the 12th century, Romance in Europe became more attuned with our modern definition, largely thanks to the ‘Code of Chivalry’ and the art of courtly love, written by Frenchman Andreas Cappelanus. Arranged marriages were still the norm, but that didn’t stop lovebirds (Romeo & Juliet a prime example) from declaring their feelings in the form of serenades and sonnets: in fact, the rules of courtly love allowed chivalrous knights and ladies to show their admiration regardless of their marital state. By this point, the church had condemned carnal relationships and chastity was the highest virtue for women (see Dante’s Beatrice) so wooing a ‘fair lady’ was no easy feat, as romantic love was the highest test of chivalry and love seen as God’s perfection. Lovers had to endure pain to prove their love, eg. “He whom the thought of love vexes eats and sleeps very little”. It is during this time that little gestures like opening the door for a lady became emblematic of ‘chivalry’ as we know it today.

Today we can use the Therapie Roques O’Neil Restore Aura Spray as an act of self-healing to help restore our energy levels and rediscover our emotional wellbeing. This can only help with our magnetism and charisma to attract love and affection.

There are times in life when we just need a quick-fix to our flagging energies. Whether it’s just a unbelievably busy day or jetlag, Restore Aura Spray is an on the spot helping hand.

Read any Jane Austen book and you will see that romantic love was a formal affair relegated to the higher classes, with the man and woman being formally introduced before even striking conversation, let alone date. It was also considered inappropriate to be seen together shortly after meeting. Women too, had to be careful not to offend any potential suitor’s family by adhering to a set of rules: for example, they could not walk out unattended or be interested in politics. Moreover, courting generally took place under the gaze of a lady’s parents and in her house, so there was little notion of ‘privacy’ as such, until an engagement became official. Once married, women would lose control over any possessions, so it was not taken lightly. Relationships were strictly monogamist for women (not for men) and in fact, adulteresses such as Anna Karenina often met tragic ends in literature and in life.

Since Victorian ladies had to be demure and talk with their eyes (or scent), the Abel Grey Labdanum would have given out a strong message indeed: A hint of grapefruit and violet open this cool labdanum rich fragrance where dark incense and ambergris collide with warm patchouli in a harmonious clash.

After the restrictions on Victorian times, the turn of the century exploded and brought libertine romances, consumed in 20’s speakeasy bard or in the new ‘it’ thing: cars. In the first half of the century, the two World Wars had a huge impact on romance: the risk of losing a loved one inspired that many lovers penned profound love letters and writers questioned the meaning of life. We find this particular letter as beautiful as it is heartbreaking. Also, family was the driving force and romance linked to marriage through to the Sixties when dating meant ‘going steady’ and the Beatles sang “will you still need me when I’m 64?” In the Seventies, both men and women became more upfront about the dating game and romance became about having fun too. Hollywood listened and rom-coms followed suit, with the likes of ‘When Harry Met Sally’ and ‘Pretty Woman’ becoming iconic films of the 80s and 90s where women like Carrie from Sex and The City can finally have it all and have a say over the dating game.

Fast forward to 2014 and modern romance is still going places: which usually begins in www. Internet dating is big business, as it’s worth about £2.5bn a year globally and there are an estimated 1,500 online dating sites in the UK alone. New research by online dating site eHarmony suggests 38 per cent of couples will meet via online dating or a matchmaking service within the next 20 years. The alluring thing about online dating in an increasingly time-strapped world is being instantly matched with someone who matches your criteria in the click of a button, by way of “relationship science”. Although opinion remains divided on online dating, it is still a rising trend, as demonstrated by the meteoric rise of Tinder and Bumble. In these mobile phone apps, users are shown images of nearby potential matches and can swipe right for “like” and left for “nope”. Mutual “likes” result in a match, prompting users to send them a message or “keep playing” which result in 500 million swipes a day. So modern day romance may no longer the stuff of Disney, but it surely isn’t dead- just becoming more efficient and readily available at your finger tips, as epitomized by this brilliant video of ‘Tinderella’. Click on the link to view.

For the modern day woman, the Inner Compass Love Cards are ‘your internal guide for all relationships in your life’. They enable you to create self-awareness and personal growth, guiding towards healthy relationships for yourself and your community..

THE HISTORY OF THE LOVE TOKEN | SHOP VALENTINE’S GIFTS

Health is Weath: Polly Noble Shares Her Best of 3 for the Third Birthday of her Website