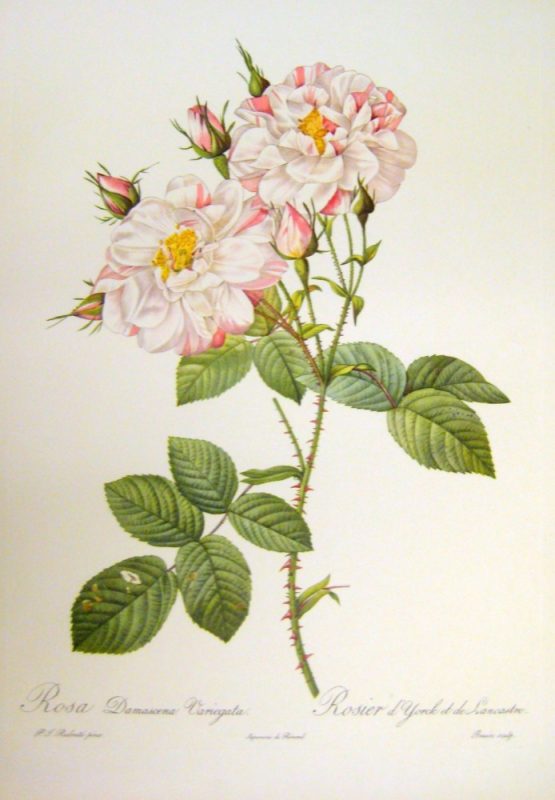 Loved world-over by aromatherapists and known to be the most widely used essential oil in perfumery, our Aroma April Fragrant Flowers series would not be complete without a look at Rose and its long history as a key ingredient in the beauty industry.

Rose Otto is a derivation of rose oil extracted through steam distillation from the species Rosa Damascena. It is classified as a base note with an irresistible feminine, deeply floral scent. The colour ranges from almost translucent to pale yellow and can occasionally appear with a greenish tint.

The essence of Rose Otto is particularly potent, but is pleasant when diluted. Possessing a deep, rich floral aroma, the smell of Rose Otto is not at all like the crisp, soft and sweet notes of fresh roses one would initially percieve. This is due to the distillation process that affects certain compounds, altering the original chemical makeup and scent.

The origin of the cultivated rose lies within the Middle East, with evidence indicating that rose water may have initially originated in Persia, now known as Iran. Between the 10th and 17th century, the rose industry was dominated by Persia in the famous city of poets and oriental culture called Shiraz and by Syria nearby Damascus. The passion for cultivating roses spread from here to Arabia, Mesopotamia, Palestine, Greece, India, North Africa and into Europe via Spain, however fossils of the rosaceae family supposedly dating back 30 million years have also been found within America.

During the 16th century Ottoman (Turkish) merchants imported rosa damascena for cultivation to Kazanlak “the place of stills” in Bulgaria. Kazanlak provided the perfect environment for growing roses and is now the finest oil producing region in the world, renamed as the “Valley of Roses”.

In ancient medicine Rosa Damascena was used in the treatment of abdominal and chest pain, to strengthen the heart, regulate menstruation and to reduce inflammation in body tissues. North American tribes used a decoction of the root as a cough remedy and also as a gentle laxative.

Rose Otto oil soothes and harmonizes the mind and is thought to help with mild depression, anger, grief, fear, nervous tension and stress. It makes the ideal remedy for balancing emotions.

Experience the benefits of Rose Otto for yourself with Therapi Honey Skincare  and the REN Rose Otto Range.

The Last of the Summer Punch from The Herball

With Summer coming to a close you can keep that sunny feeling alive with this lively punch from The Herball. We first tried this…