Women Who Create What We See: 9 Female Photographers You Should Know About 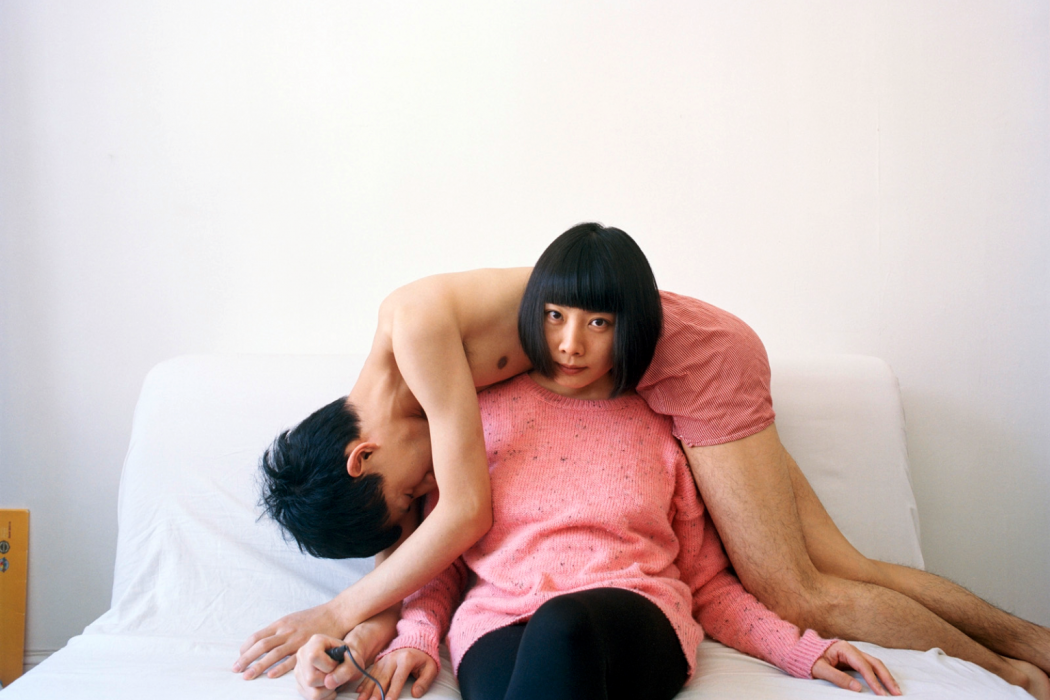 Hailing from all over the globe, these are the women who are creating what we see and proposing new ways for how to see the world. We set out and scoured the web to find female photographers whose work is not only breathtaking in its own right but captures powerful social messages and movements. From self-image to self-portrait, to a look at our environment and inside our closest relationships, here are nine photographers whose work we find particularly moving. Click on each image to go through to the full gallery of each series. 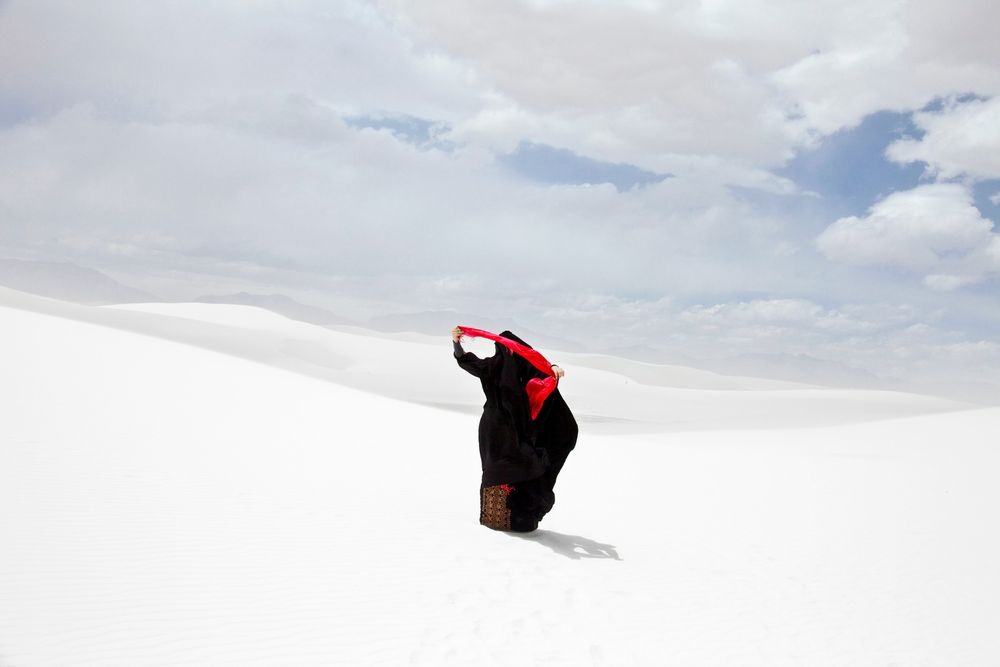 Sama Alshaibi | Silsila: Linking the Body and the Desert

Born in Iraq, denied access to her mother’s homeland of Palestine and traveling the world with her US passport, Sama Alshaibi is an artist working in many mediums. Her Silsila photo series captures etherial figures of women juxtaposed against breathtaking desert landscapes, all to the effect of exploring what it feels like to be alienated from your own identity. These photos and more have been collected into a 112-page book entitled Sand Rushes In. 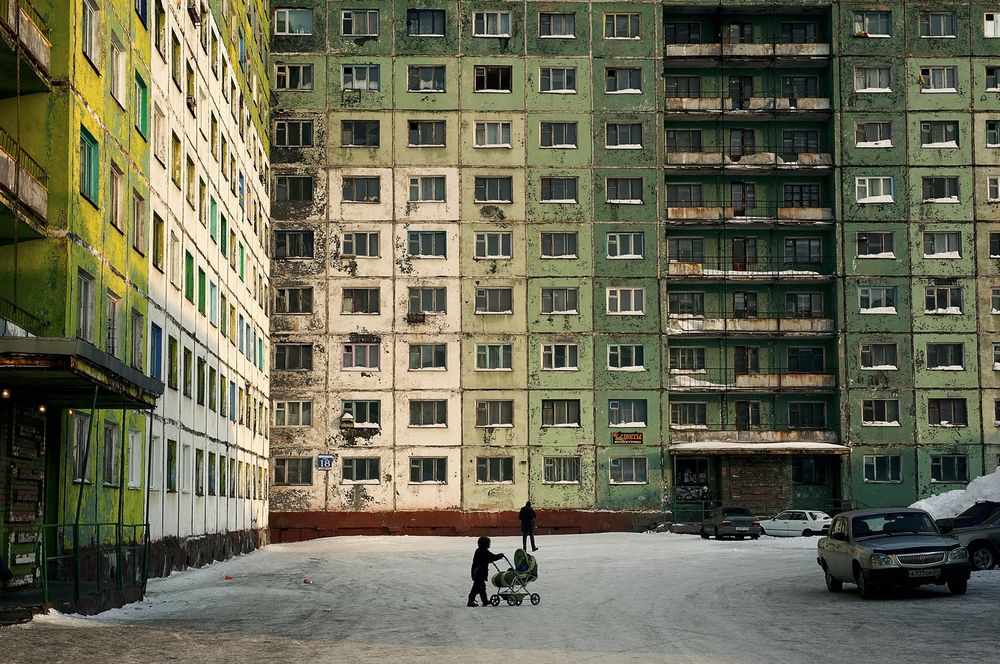 ‘The majority of the buildings in Norilsk, Russia, are constructed with pre-built panels. These buildings were called “Gostinka” and were considered temporary accommodations for newly arrived workers, but many of them became permanent dwellings and remain today.’

In her series Days of Night – Nights of Day, Elena Chernyshova documents the city of Norilsk, Russia, the northernmost city in the world, which also happens to be the 7th most polluted city on the planet. 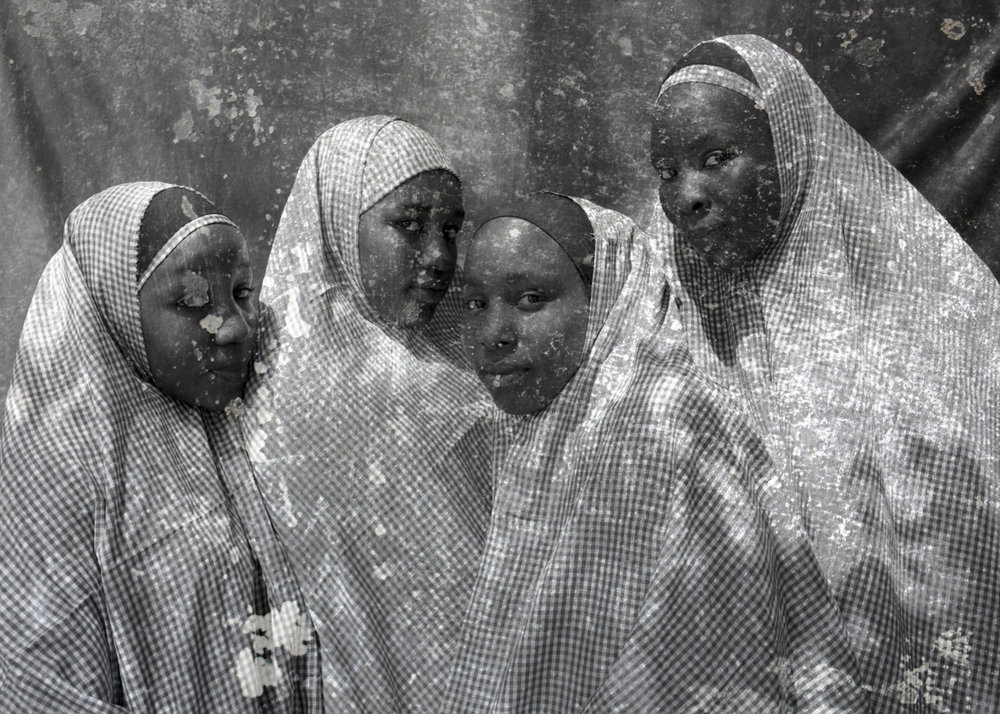 ‘Statistics and reports alone cannot convey the anxiety and vulnerability of a student who feels unsafe. A violently pockmarked blackboard exposed over a portrait of a schoolgirl can only begin to communicate the lingering trauma and infrastructural decay evoked by the [Boko Haram] conflict.’

Boko Haram roughly translates to ‘Western education is forbidden’ from Arabic and Hausa. This project by photographer Rahima Gambo stemmed from her unshakable impulse to understand what students were facing in northeastern Nigeria.

‘Sometimes at night the women are singing together Kurdish songs while lying on the roof of an occupied house and when bombs detonate nearby. Their voices are tender and calm and encourage them. Courage for the next day, the upcoming fight, for the future.’

There is something simultaneously empowering and unsettling about women holding semi-automatics. These defiant photos reveal a rarely seen glimpse into the daily lives of an all-female anti-ISIS fighting unit in Kurdistan. 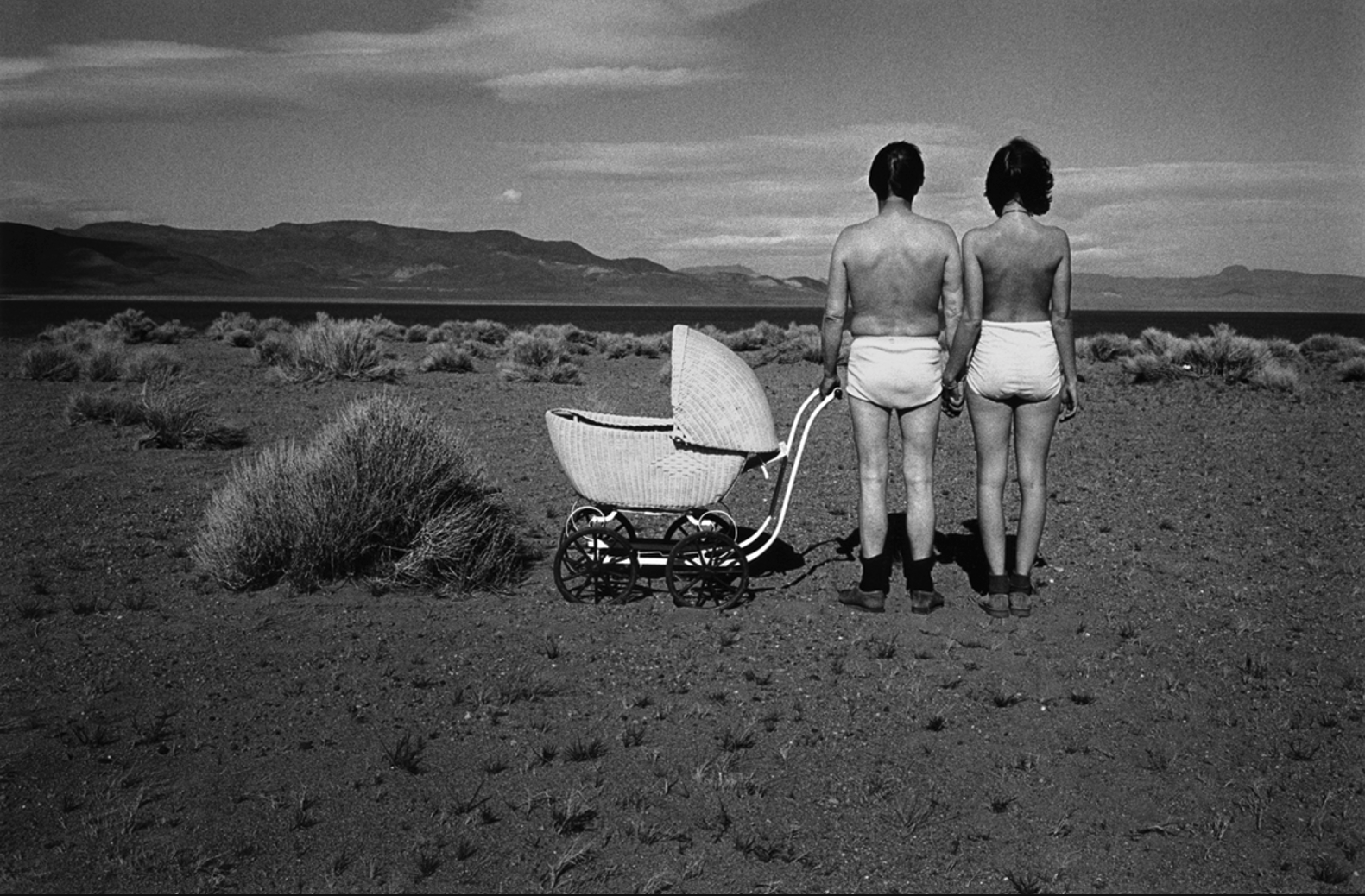 ‘Without fail, I’ve faced my camera every April 22nd since then to create a coded history of one woman’s journey through time. As a girl-child of the 1950s, I came of age before women’s lib, and wanted to buck the stereotypes of a culture that branded me a pretty girl, thin enough to be a fashion model and not much more. Armed with my camera and tripod, I found a way to define myself on my own terms in the most open, vulnerable way I could.’

Every year, for the past 40 years, Lucy Hilmer has taken a self-portrait in nothing but white pants, socks and shoes. The result is a mesmerising journey through time and a venture that unabashedly pushes back against nudity as shameful. 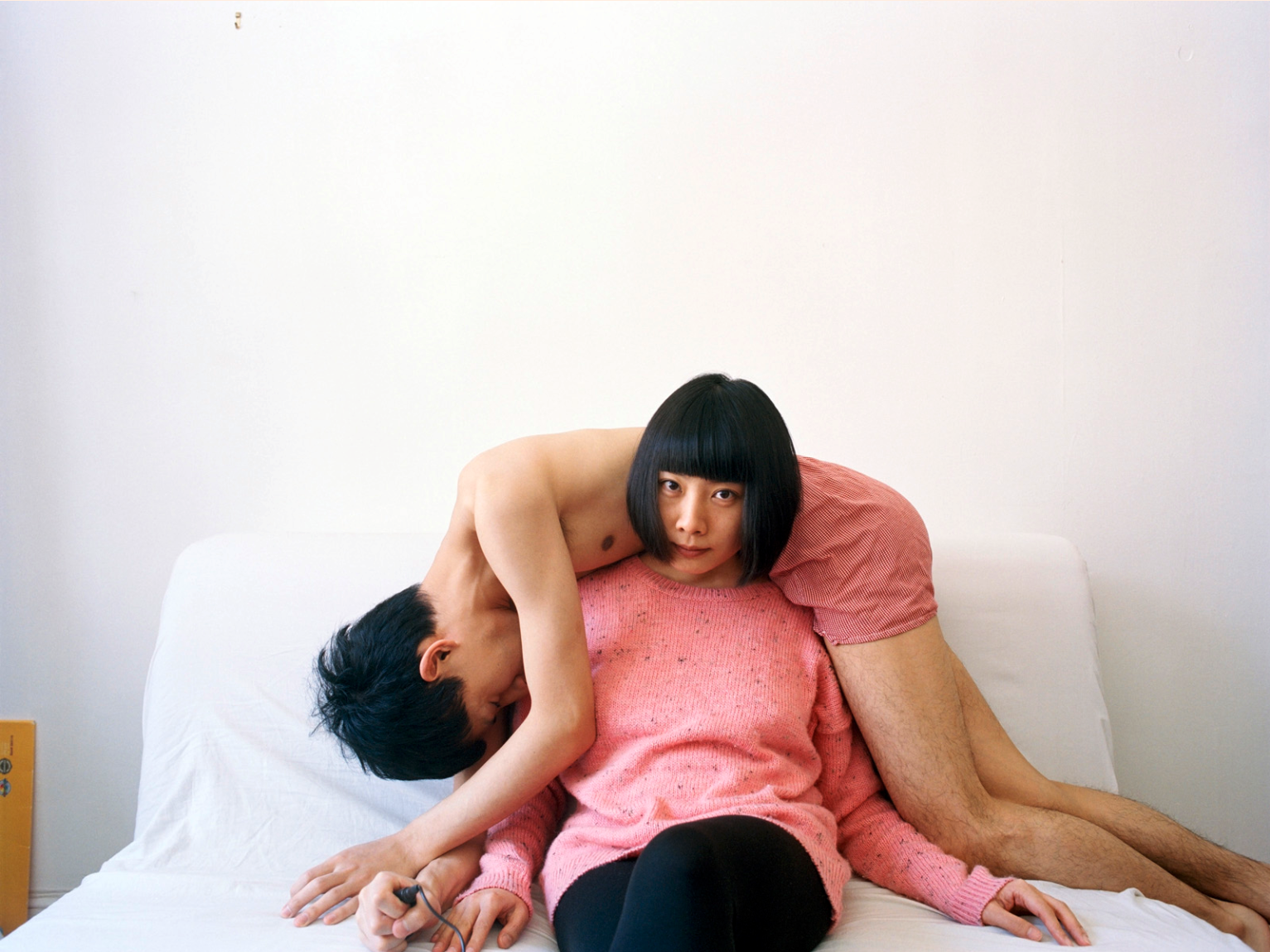 ‘As a woman brought up in China, I used to think I could only love someone who was older and more mature than me, who could be my protector and mentor. Then I met my current boyfriend, Moro, who is 5 years younger than me. I immediately felt my whole concept of relationships changed. Suddenly, I became the person who had more authority and power. One of my male friends even questioned how I could have chosen a boyfriend the same way a man chooses a girlfriend. In response, I thought, “Damn right. That’s exactly what I’m doing, and why not!”‘

This series playfully captures the relationship between photographer Yijun Liao and her Japanese boyfriend. We cannot get enough of the depictions of traditional roles completely turned on its head. Whimsy weaves itself throughout the series, in many ways laughing in the face of the idea that normality exists for any relationship. 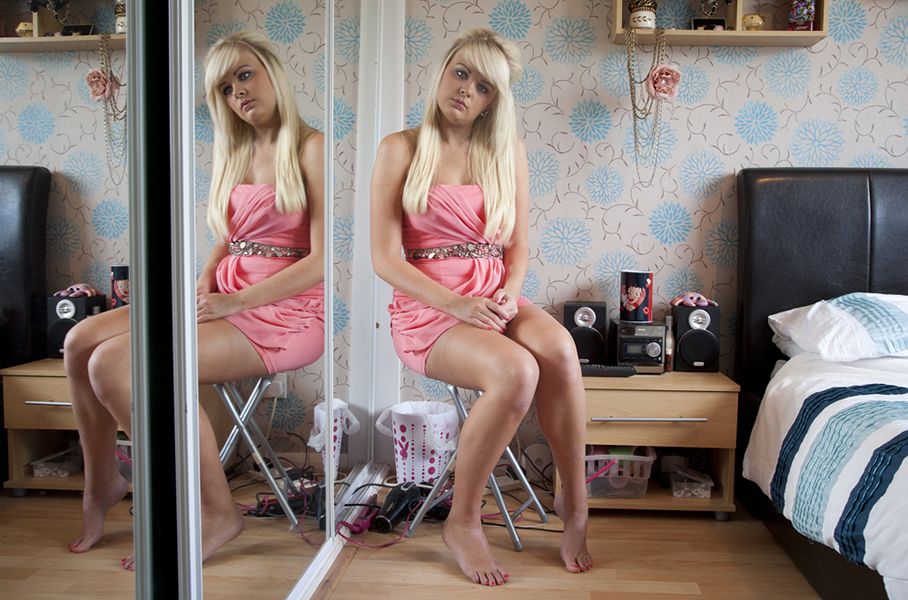 Michelle Sank | In My Skin

‘Social consensus in Western society today is particularly focussed on physical beauty and achieving and maintaining the “perfect” face and body. Intertwined with this I am also documenting body dysmorphia as young people try and conform to this social expectation resulting in eating disorders and body transformation. Lastly I am documenting transgenderism and the struggle young people have to live within a body they were born into but have no affiliation with.’

In My Skin is a topical and, at times, difficult to face photo story on the effects of the rise in popularity of plastic surgery, specifically for those under the age of 25. 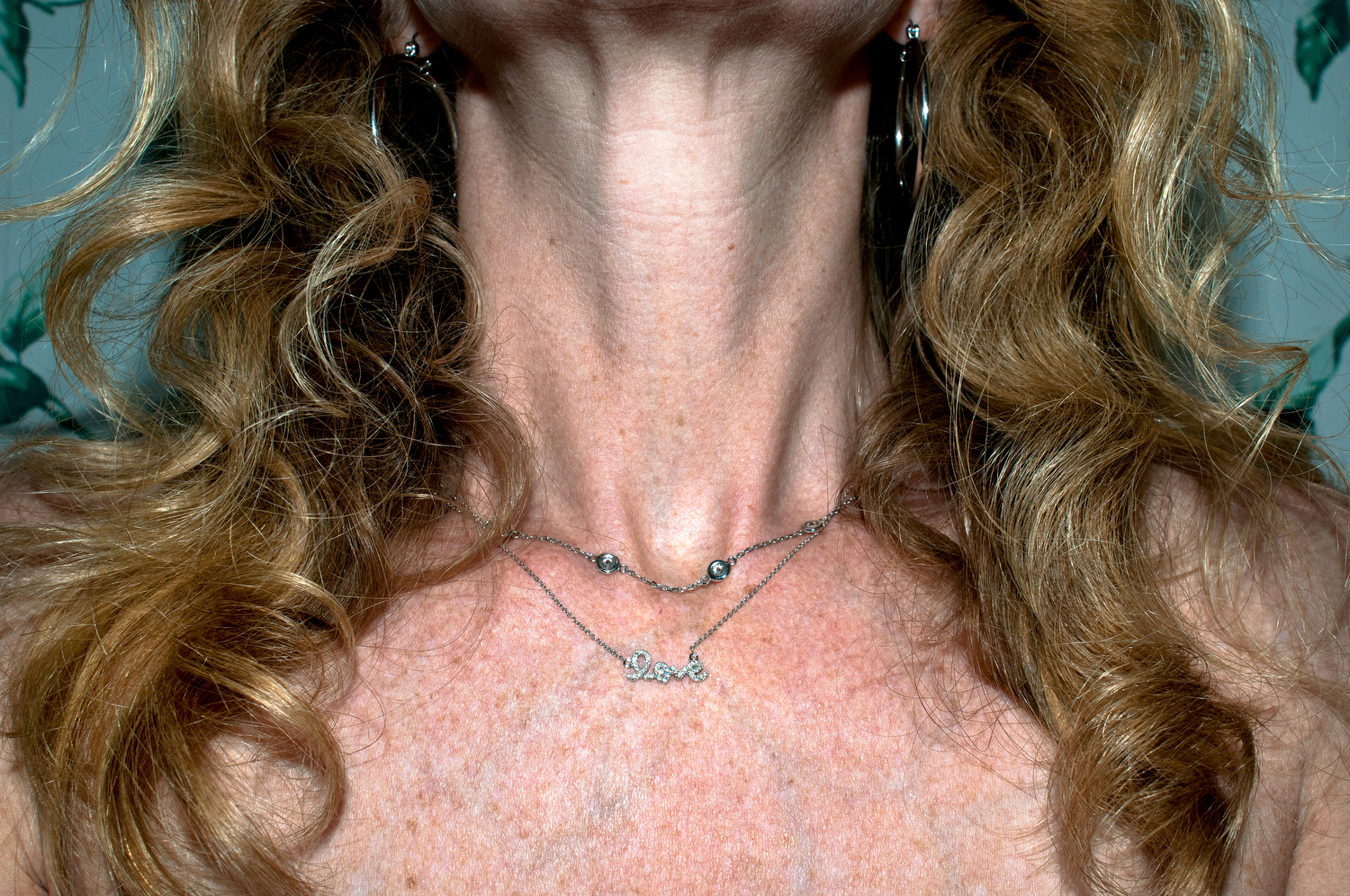 ‘When I was in my 30s I heard the expression “Invisible Forties.” I couldn’t imagine what that would feel like. Life changes a person with time; it cannot be avoided. One’s physical appearance evolves. Desires shift. I want to remain vibrant. I want my body to be useful. Disappearing is not an option.’

American fine art and documentary photographer Andi Schreiber’s Pretty, Please directly grapples with the unspoken reality that women after a certain age often find themselves visually erased from the media, and in turn society. 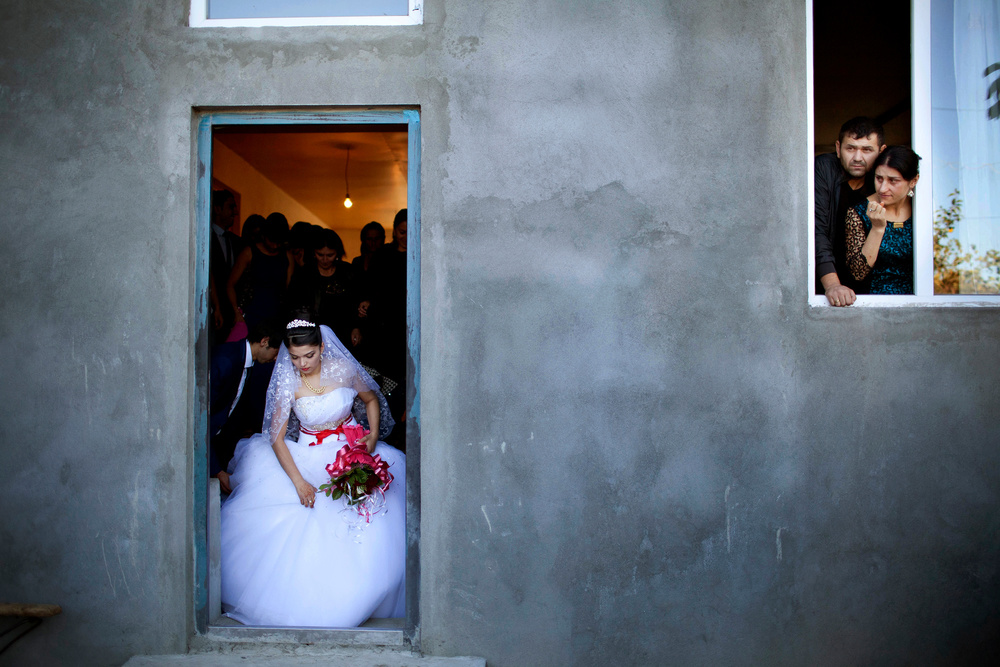 ‘One of the photographs I showed demonstrated a seventeen-year old at her wedding, having only met her soon-to-be husband, in his mid twenties, on the day of their engagement. As tears dropped from her eyes,  dancing in front of her house, the dance demonstrated a farewell to her family, before the wedding ceremony.  A situation far too real across Georgia, in which girls — too young to comprehend marriage — are sent off by families to be wed with little-to-no schooling, and will never have the opportunity, again, to continue any form of formal education.’

Daro Sulakauri created this photo series to bring public awareness, both in the Middle East and to the world, to the worrying prevalence of young girls in Georgia being married without their consent.