The Art of Steam Therapy 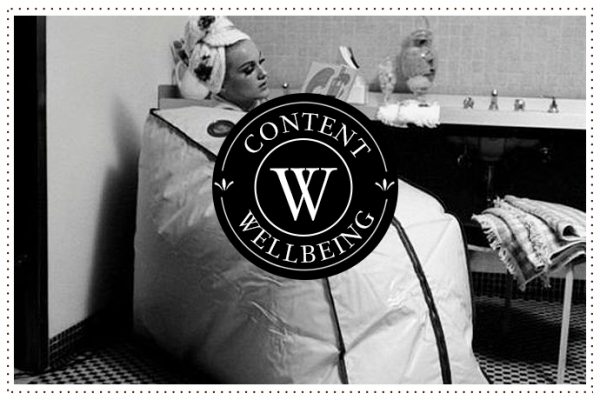 Utilised since ancient times for its remedial and therapeutic benefits, steam and dry heat therapies have been a significant component of traditional healing modalities in various cultures for centuries. A means of providing bodily cleanliness and healing of physical ailments, the advent of hypothermic (sweat) therapy (the umbrella term that covers the variety of cultural variations) consisted also of a spiritual element that saw the practise of ‘steam bathing’ as a sacred experience.

Embraced by a broad array of cultures, in the Western world, the ‘sweat lodge’ was chronicled by the earliest settlers in America as a potent aspect of Native American culture; whilst across the pond in Europe, nomadic Finns are thought to have carried around portable sweat lodges similar to those carried by the American Indians before underground Saunas were established upon settlement, a tradition that was thereafter implemented as a necessary feature within the conventional Finnish home and one that still remains today. Over to Asia, between 1185-1333 in Japan a period emerged that embraced the act of “religious bathing” also known as Kamakura. During this period the ‘Mushiburo’ steam bath was conceived. Residing in temples, these sacred baths were initially solely used by priests and the noble. It wasn’t until later that the ill gradually gained access for the healing properties that these baths were believed to pertain.

Since their inception, ‘steam baths’ have been celebrated for their ability to cleanse the body of dirt, sickness and negative energy. Whilst nowadays we are focused more so on their ability to assist in detoxification – the general practise still remains the same. So what are the benefits of steam therapies? Aside from making you feel amazing, especially in the colder months, there are a whole host of additional benefits that you may not be aware of. Three favourites include….

The addition of cold water after steaming helps relieve inflammation and stimulates the removal of toxins from elimination organs like the skin and lymph. A time-honoured technique that uses the properties of water,  such as temperature and pressure, to stimulate healing and cleanse toxins, cold water hydrotherapy is another longstanding remedial modality often teamed with steaming. Generally, heat quiets and soothes the body, slowing down the activity of internal organs whereas cold, in contrast, stimulates and invigorates, increasing internal activity. One of the best ways to implement this therapy at a spa is by plunging into a cold water pool (most spa’s will have one of these in close proximity to the sauna for this purpose) immediately following your sauna time.

If you can’t get to a steam room here’s a little something for you to try at home that encourages detoxification and boosts the lymphatic system. The next time you shower, alternate between hot and cold water for an invigorating start to your day. ..

Special Mention: If you suffer from high blood pressure, high cholesterol or diabetes, steam rooms are best avoided. Try this instead. For all other health conditions or if you are pregnant, be sure to consult your physician before visiting a sauna or steam room.

THE BENEFITS OF BATHING

We are delighted to have the Oskia Signature Facial available on Saturday May 21st at Content. Since arriving instore this range has quickly become…