GET THE GUIDE: How to Support Your Liver During Your Spring Detox 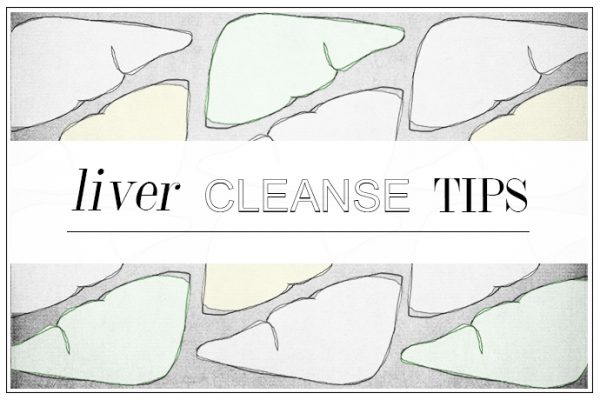 As the largest gland in the body, the liver performs a host of essential functions for survival. One of these is to eliminate toxins and harmful substances that derive from internal sources such as protein, sugars and fats, as well as from external sources, ranging from food additives to medications and air pollution.

All toxins must travel through the body and many of these are fat soluble, meaning they can only dissolve in fatty or oily solutions. As the first step in the detox process, they enter the liver where they are then converted into water soluble toxins, so they can be excreted from the body. The liver has a full-time job keeping us ‘clean’, but you can give it a helping hand. We’ve asked Content Nutritional Therapist and Medical Herbalist Jennifer Derham to share her top herbal remedies to support your liver during your spring cleanse or any time of the year. Read on…

Chicory root has been used since ancient times and across many cultures to cleanse the blood and detoxify the liver. Therapeutically similar to dandelion root, which is more commonly known, chicory is considered a tonic for the liver and digestive tract with significant research showing the root to protect the liver from damage.  It helps increase the production and flow of bile from the liver, necessary for the breakdown of fats, which promotes digestion and elimination, important for detoxification. Chicory root is very high in inulin and considered a prebiotic, a soluble fibre which feeds  our beneficial bacteria.  Promoting our good bacteria, in turn, helps promote better digestion and detoxification.

Roasted chicory root makes a fantastic healthy, caffeine free alternative to regular coffee. The young root can also be boiled and eaten, and is very similar to parsnip. To make a tea, simply add one heaped teaspoon per cup of boiling water. Allow to stand for five to ten minutes and drink up. Or Try it in our Content ‘Coffee’.

Milk thistle has a long history of use as a liver tonic and has been used for a wide range of liver and gallbladder disorders, including hepatitis and cirrhosis. It is the number one recommended plant medicine for the liver and is even a prescribed medication in parts of Europe.

Milk thistle has been well researched over the last forty years, confirming much of its traditional use: it has been shown to detoxify and protect liver cells, as well as restore liver function after disease and exposure to toxins, chemical damage, drugs and alcohol, making it a popular hang over cure! According to studies, milk thistle helps stabilise the cell membrane and stimulates protein synthesis, which accelerates the regeneration of damaged liver tissue.  It is also a powerful antioxidant that helps protect cells from damage caused by free radicals.

Milk thistle derives its name from the milky sap that is released when the leaves are torn. Although the seeds are most commonly used medicinally, the leaves and flowers may be also used.  Although milk thistle can easily be taken in capsule or tincture form, it can also be incorporated into your daily diet and health regime – the seeds can be bought and made into a tea.  Crush the seeds and either use some muslin, a tea ball, teapot or cafetiere and steep for five to ten minutes. Other herbs such as mint may be added for flavour.

The crushed seeds may be added to granola, porridge, smoothies, burgers and salads.  The seeds may also be soaked overnight and added to any of the above.  Milk thistle stalks, leaves, flowers and roots can also be used as vegetables and added to salads – in fact, when steamed the leaves are very much like spinach.  The seeds can be roasted and used as a substitute for coffee too.

Burdock root is the underground tuber of the burdock plant found growing the world over and it is used both as a vegetable and medicinal herb. It may be familiar to some as the old fashioned Burdock and Dandelion brew which has been drunk in Britain since the middle ages. Traditionally, it is considered one of the foremost detoxifying herbs and one if the best blood purifiers and was taken in decoction form, a type of brewed tea.  It is used to treat a wide range of conditions caused by an overload of toxins such as boils, rashes and other skin conditions.

Burdock gently works on the liver to help cleanse the blood and eliminate toxins and waste products. Containing diuretic properties, burdock can help expel toxins through the kidneys and urine by supporting the work of the liver. As a bitter tonic, it helps stimulate the digestive system generally, especially bile secretion. Like Chicory Root, it contains a significant amount of inulin too, making it beneficial to gut bacteria and shown to protect against toxicity.

In Japan, burdock is known as gobo and is a popular vegetable eaten as a side dish, in soups or as an appetiser and can be found in Japanese markets all year round. Burdock root tastes similar to Jerusalem artichokes or parsnips. The young shoots, peeled stalks and seeds can be also be cooked and eaten. If kept in a cool ventilated place, the cleaned dried roots remain fresh for months. To eat it, cook the root in boiling water with some baking soda to soften it and eat as it is, or add to salads, stews or soups. Cooked and sliced it can be eaten with butter and salt or made into burdock chips and eaten with dips. In addition, the young tender shoots which are harvested before flowering can be cooked or used in a salad. Generally, burdock root mingles well with other vegetables.

Want more #ContentApproved wellness and nutrition tips from our experts? Sign up to our newsletter here to receive them directly in your inbox.

GET THE GUIDE: EXPERT TIPS FOR SUPPORTING YOUR SPRING DETOX

When was the last time you did something for yourself? Many of us tend to give a lot to others – in relationships or…