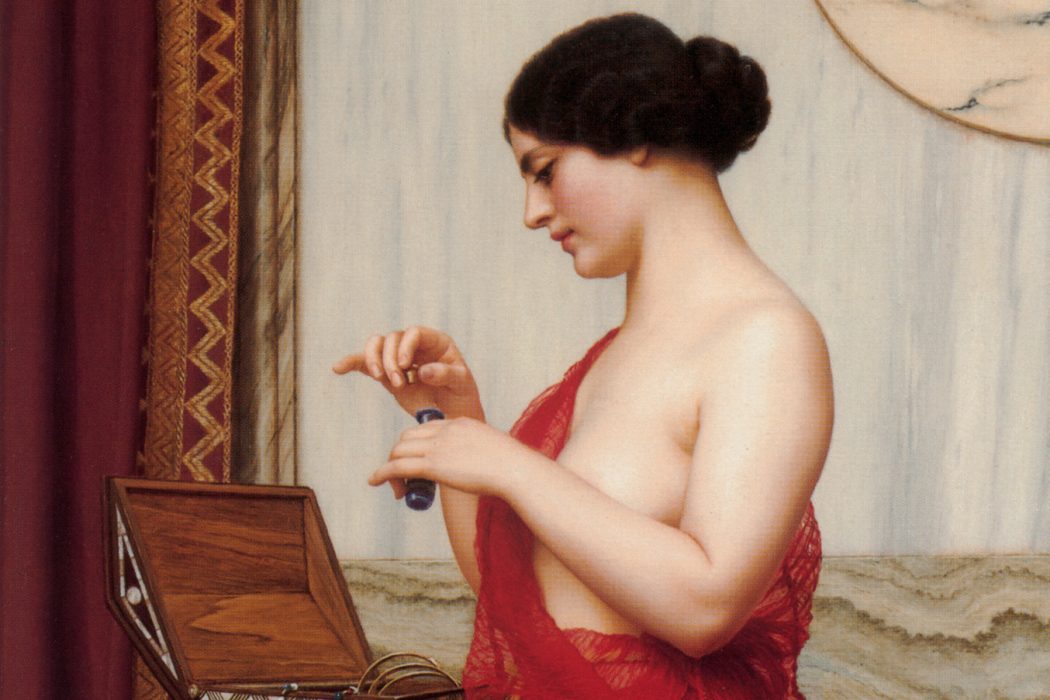 Curator of the Department of Olfactory Art at the Museum of Arts and Design in New York City, Chandler Burr, is one of the pioneers advocating perfume as an art form. Burr argues that whilst music exists as art for the ears and painting and sculpture as art for the eyes – why then can we not label the complex process of perfumery as an art form intended for the nose?

There is of course a science to perfumery – one that some may argue limits the creative capabilities it may otherwise possess. However, certain initiatives have recently begun to emerge, designed to return perfumery to its creative origins before the incorporation of complicated scientific intervention became a core constituent of the scent equation.

The Perfumery Art School based in the UK is a key example of this shift back to the traditional configuration of perfumery. Their mission is to assist their students in deciphering the world of natural perfuming arts according to traditional processes, allowing for the rediscovery of the ‘Essence of Nature’ and providing the opportunity for aspiring perfumers to explore the ‘art of the trade’ as opposed to the chemistry.

Another initiative founded in 2012 by renowned film-maker Saskia Wilson-Brown is the Los Angeles based Institute of Art and Olfaction whose mission is to encourage education, creativity and excellence in fragrance. Believing that the notion of perfume as artistic expression has been devalued through the ad campaigns, flankers and celebrity spokespeople currently fronting the fragrance industry – Wilson-Brown inaugurated The Art And Olfaction Awards For Excellence In Perfumery to acknowledge the craftsmanship and true artistic credibility of perfume artisans world over.

On the contrary, the retail and consumer industries are increasingly taking advantage of the power of scent. Dubbed the ‘new frontier of subliminal seduction’, founder and CEO of MiN New York, a haute perfumery and turnkey agency on olfactory design believes scent to be the key to creating an emotional store-to-customer bond.

At the forefront of the scent-space revolution are twin sisters Dawn and Samantha Goldworm who helm 12.29, a company catering to the sense of smell. Their endeavour develops bespoke scents guaranteed to communicate a brands perfect essence and has thus far been used by the likes of Rodarte, Jason Wu, Thakoon and Zac Posen.

Whilst 12.29 may not utilise the artistic connotations that we argue scent purveys, it is a prominent propagator of the scent-experience on a larger scale still yet to be fully explored. Though we may be a while off from the art of aroma receiving international recognition, here at CONTENT, we believe its well worth exploring.

GET THE GUIDE: The Top Ingredients to Avoid in Haircare

What are the key things you consider when shopping for hair care? Do you focus on how the product will affect your hair –…